Fulton Beer and General Mills Inc. have joined forces to create a limited-edition hefeweizen, named HefeWheaties, that is due to hit store shelves at the end of August. 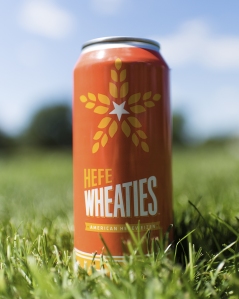 According to the StarTribune, it’s the first time General Mills has teamed with a company to produce an alcoholic product.

Unfortunately for cereal lovers, the beer is not actually made with Wheaties.

The beer will be available in select Twin Cities retailers and at Fulton’s taproom in Minneapolis. Stock is expected to sell out quickly. If successful, the beer could find its way back on the market in 2016.

Our take: It’s too bad there aren’t any actual Wheaties in the beer. Maple Island Brewing in Stillwater, Minn., makes a Crunch Berry Cream Ale–and it’s fantastic. While a hefeweizen with Wheaties might end up being more novel than good, I’m a fan of throwing cereal into beer.