Wisminbeer always has a couple of bottles of New Glarus Brewing Co.’s Belgian Red on hand. Simply put, it’s the most amazing use of Door County cherries… well, except for plucking them straight from the source and slipping them into your mouth.

Minnesota is also making some great cherry beers, including Insight Brewing’s Doe Eyes and Indeed’s recently released Wooden Soul #3 (both in their respective taprooms right now), a barrel and Door County cherry aged blonde ale. Because of Indeed’s latest release, and Insight giving Doe Eyes’ seasonal status and offering it in 750-ml growlers at its taproom, we figured it was a good time to list the best cherry beers made in Wisconsin and Minnesota.

As always, we’ve not had every cherry beer, but we’ve had a quite a few. So while this isn’t a definitive list, it’s darn close.

These are our picks for the cream of the cherry crop.

[Editor’s note: we have paid for and tried all of the beers on this list].

Belgian Red is the perfect marriage of wine and beer, a marriage where the passion only increases over time, as both parties fall deeper in love over the years. It’s vibrant, crisp, sweet, knowing, doting–and surprising at each sip. Belgian Red stays utterly stupendous throughout by giving off a cherry flavor that is tart and sweet, but never overbearing. It’s the best beer made with cherries–Door County Cherries in this case–and possibly the best beer ever made.

An underrated beer, Geneva’s Imperial Cherry Stout imparts a flavor reminiscent of biting into a dark chocolate covered cherry. A roasty flavor compliments the cherry and chocolate, with each flavor taking time to shine in the spotlight.

A frothy pink head, and a thick, juice-like body, provide a resoundingly fresh cherry flavor that’s as fun to look at as it is to sip on. Previously only available in very limited quantities (when we bought a pint of it during a February release it sold out that night), Doe Eyes is now made in larger quantities as it’s been upgraded to seasonal status. Plus, you can now take the best cherry beer made in Minnesota home with you in a 750-ml growler. 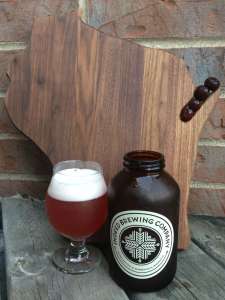 Slightly tart with some malty backbone, the third iteration of the Wooden Soul series is one of the best yet. Barrel aging and Door County cherries make this beer a little tart, but not too sweet or overly fruity. The tart bite is refreshing, perfect for a hot summer day. It’s reminiscent of New Glarus Cran-bic, but without the harsh tartness. 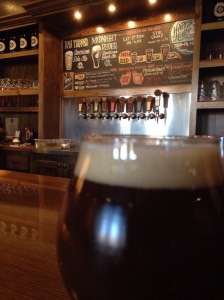 Aging BeCherry, a Belgian Dark Strong Ale, on top of 400 pounds of Door County tart cherries was already a brilliant move by Indeed’s brewers. But Indeed isn’t simply brilliant; the brewery is also at the apex of artistry when it comes to crafting beer flavors–so they aged it further in Port barrels. Doing so gives the beer an extra punch of sweet, yet woody flavor, as well as more complexity.

A unique take on a Berliner Weisse, Black Forest Cherry is one of the standouts on this list. The fruit isn’t as strong as, say, Belgian Red, but the highly carbonated, dry treat leaves you wanting another sip to taste the hint of sour cherry flavor.

Surprisingly, this isn’t the best cherry stout on the list (that honor goes to Geneva Lake), but that doesn’t mean it’s not a terribly good beer from New Glarus’ Thumbprint series (it really is). Beginning with a heavy, roasted chocolate flavor of a great stout, this beer finishes with a hint of sweet cherries. It hasn’t been around in nearly four years, but if New Glarus does brew it again, seek it out immediately.

Totally different from everything on this list, Lakefront’s lager is profoundly light and crisp, with Montmorency cherry tartness mingling within. It’s as simple as its name, but sometimes that’s all you want from a beer.

Roasted malt combines with chocolate and cherries for an absolutely delectable flavor. Or in other words, drinking this will bring your mind to the last time you had a good brownie, quickly followed up with freshly mashed cherries. 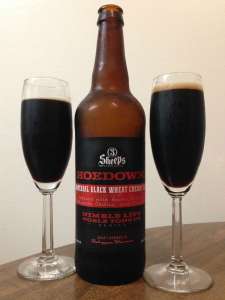 A black wheat infused with ancho chilies, chipotle chilies, and cherries, Hoedown! is equal parts spicy and sweet. The spice flavor won’t burn your tongue or throat, as it quickly gives way to the cherry sweetness. It’s a complex, different take on a cherry beer–but one of the best uses of cherries you’ll find. Just don’t tell grandma that the next time you pick up one of her cherry pies.