The Dakota Skipper may not be as popular as the Monarch butterfly, but the tiny insect is an important critter–and it’s a threatened species.

This is due to Minnesota losing much of its tallgrass prairie, but the Minnesota Zoo and Fair State Brewing Cooperative are helping conservation initiatives by utilizing the power of beer. Or at least its popularity. 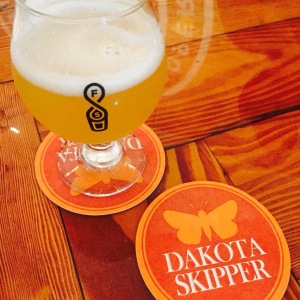 The beer is already buzzing around the brewery, but most patrons can try a sip on July 25 at the Butterfly Brunch hosted at the brewery from 10 a.m. to noon. The beer will be available for two weeks at partner restaurants. A dollar of each pint sold goes to supporting the zoo’s efforts to save pollinators through the Prairie Butterfly Conservation Program.

Our take: I’ve been a member of the Minnesota Zoo for three years, and use my membership weekly. I understand some people don’t view zoos in a good light, but when money goes toward important research it is money well spent. This is just another way to help save an important part of our ecosystem and have good beer. Give the zoo’s butterfly garden a visit while you’re at it; it’s simply magnificent.