Steve Finnie has a barrel-aging philosophy I can get behind: don’t muck the beer up with powerful spirit flavors. Instead, keep it balanced and complex.

The Grand Rounds head brewer begins to explain his stance on how to use a barrel as we gather glassware in a private backroom, adding more details as we walk downstairs to pour his trio of upcoming barrel-aged beers.

“You know how there’s some barrel-aged beers that are just off the wall, in your face, so much alcohol,” Finnie says as he begins to explain his philosophy. “With any of these beers, that wasn’t the intention. I wanted to get the nice alcohol up front, and then on the back end have the base beer.

“I don’t want any of the beers to be lost. The goal is to find some kind of balance.” 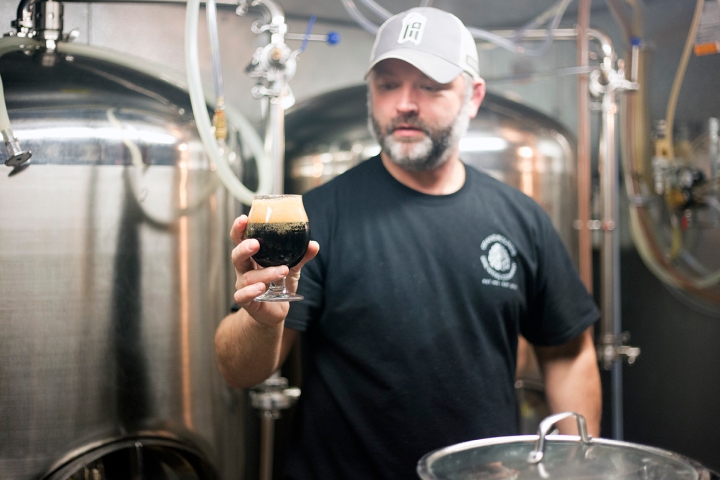 Finnie mentions how he has talked about barrels and their effect on beer at length with industry friends like Niko Tonks of Fair State Brewing Co., who uses a slew of barrels to create a large stable of sour beers. Finnie is slowly gaining knowledge as he builds his own barrel-aged beer portfolio, but aging beers is something he’s cautious of, not releasing anything until he thinks it’s ready.

He’s meticulous about his approach. Some breweries age beers to the point of giving them rubbing alcohol off-flavors. Others can overuse the rum component of a barrel, making it seem as though you may as well have a rum and coke.

But a special few get it right, fusing the flavors of the base beer together with the barrel, adding nuanced, delicate flavors that don’t overdo it, but can only be done with the barrel-aging technique.

Finnie’s trio of barrel-aged beers — a stout and porter blend aged in bourbon barrels, a scotch ale aged in whisky, and the ever-popular coconut stout in rum barrels — definitely get it right. Each is complex, yet not overbearing. 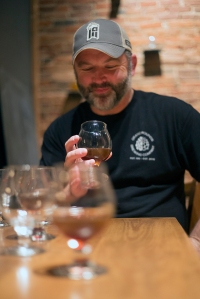 And it is pretty exciting to hear Finnie talk about how these are just beers he’s essentially playing around with.

“These are all experiments,” Finnie says of the beers. Once the “experiments” are complete, Finnie would like to one day bottle barrel-aged beers and release them, similar to the limited, sporadic bottle releases held at Dangerous Man Brewing Co. in Northeast Minneapolis.

“It would be very limited edition, very small batches,” Finnie says. Or in other words, just how craft beer seekers like their barrel-aged releases.

Read below for a breakdown of each beer and what to expect. Editor’s note: the beers weren’t carbonated to the exact levels Finnie will have them set at, so we don’t focus on that too heavily — though it never impeded our taste testing. 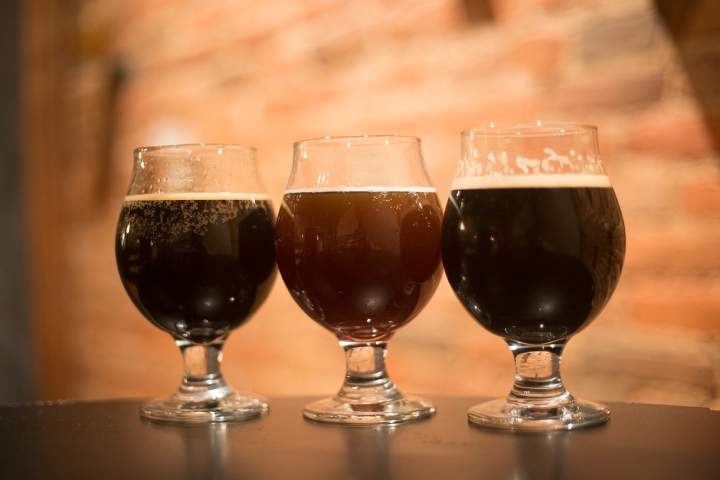 “That’s a big malty, caramel, biscuity beer,” says Finnie. “It has a hint of smokiness, so it has a little bit of that whiskey theme going on, so none better than to stick it into a whisky barrel.”

What you will get is a strong whisky aroma with hints of cherrywood and caramel. The flavor has cherry, smoky toffee, some whisky, and the huge malty base. This batch is different that the first one the brewpub released. Finnie blended it to have less overwhelming whisky flavor this time, giving it just a little bit of warmth and remnants of whisky. 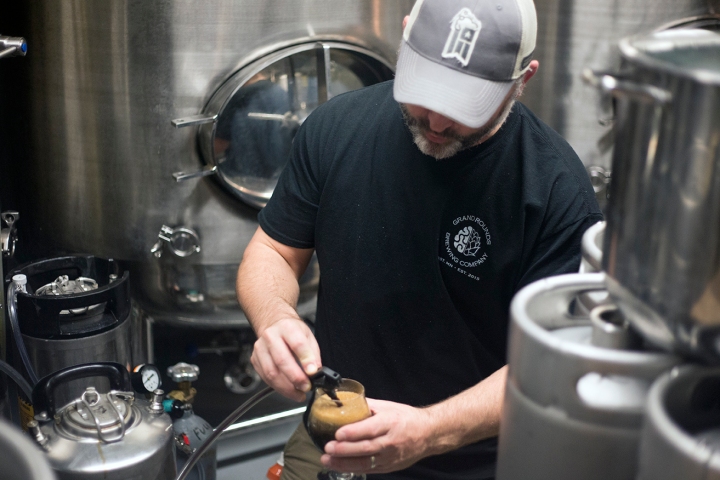 Those who know storied stouts probably immediately got the reference to 3 Floyd’s Dark Lord and Surly’s Darkness. “This is our homage to those beers,” Finnie interjects after our first sip.

Awesome name aside, this beer has quite the story behind it (we may write it some day), and a flavor profile to match its moniker. The aroma gives off a nice bourbon and chocolate combo. The flavor is complex, giving off dark chocolate, a hint of malty sweetness, a kiss of bourbon, and a hint of fire-roasted marshmallow permeating at the end.

A Kick In The Coconuts coconut stout aged in rum barrels

That is thanks to the rum barrel it has been sitting in for about eight months.

Finnie employed the expertise of his rum-loving wife to ensure this beer hit all the swashbuckling rum notes drinkers expect, and it may just be the best of the bunch. It’s perfectly balanced, beginning with a sweet rum flavor that is subtly interrupted by a hint of coconut before finishing with sweet, milk chocolate. I couldn’t stop inhaling the chocolatey rum aroma. As the beer I was most excited to try, I’m happy to report that this is the star of the show. But then again, I love rum barrel-aged beers, and plan on having a glass of each again on Friday. 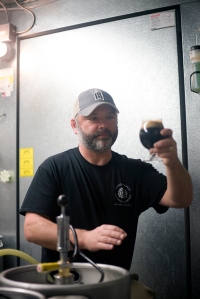 With so many popular barrel-aged beers coming out recently (here’s looking at you, Goose Island Bourbon County Brand Stout and Bent Paddle Barrel Aged Double Shot Double Black), craft beer fans might be a bit fatigued, out of money, or enjoying their recent haul of beers.

That would be folly.

Grand Rounds has developed three great barrel-aged beers that are more than deserving of your taste buds.